god save the queen

So, who else thinks that Queen Elizabeth II is awesome? And how many of you are like "Woot! Diamond jubilee! There will be big hats!" or is it just me?
One of the things that HM did for the occasion is release the complete digitized collection of Queen Victoria's rather exacting private journals. If you are in to that stuff you can check 'em out right here.
So anyway, I've been reading them here and there when something in particular grabs my attention (though, to be honest, her handwriting is pretty taxing) and eagerly waiting for any mention of the big exciting news that was the world of ballet in the early to mid 1800s. I was hoping there would be some written mention, but instead we all lucked out, because she was an artist: 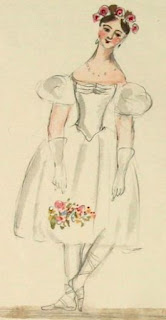 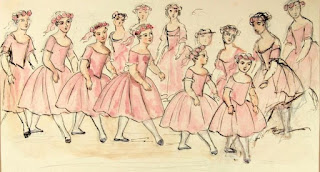 “The Viennoises”, at Her Majesty's Theatre in the Haymarket. 1845

And, of course, the ballerina who will live forever, Taglioni: 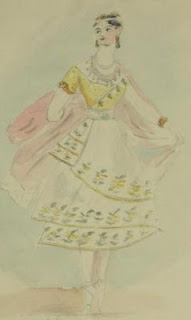 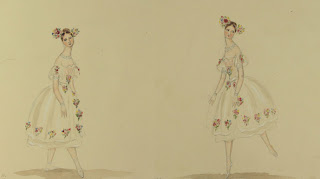 And closer because it's prettier that way: 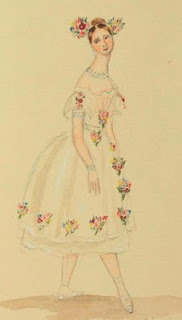