While toodling around on Google Patents a while back I ran across this weird thing: 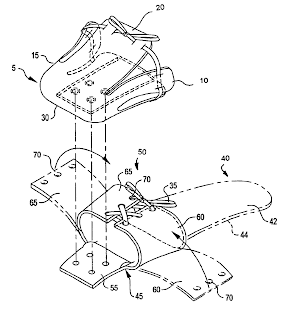 which is supposed to be the internal support structure of some kind of bizarre pointe shoe. And all I could think was "good grief, how the heck is that supposed to work?"
I never looked at the inventor's name or gave it any thought, really.
This afternoon I was looking for an image online, of a ballerina "floating" while holding a balloon. And one search term led to another and I learned that this insane contraption (and I mean that in the nicest possible way) was invented by none other than famous edutainment personality Bill Nye.
Well. There you go. You learn something new every day. 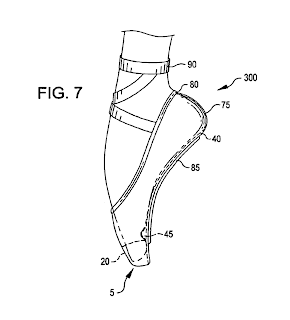 And now I wish that someone actually produced this crazy thing. Because, as a ballet and science enthusiast, I would totally buy some crazy Bill Nye shoes.
Posted by I Will Fly at 7:00 AM