One of the more daunting projects I have been tasked to complete for the studio's recital is the transformation of a drastically normal black Sansha rehearsal tutu (with a serious case of the chicken butt) in to a Firebird soloist costume.
If I was doing it with no limitations I would probably dag the netting and taper it back from a shorter poofy front to a longer and more sleek "tail" at the back. But, these suckers are spendy and we need to be able to rip it down and refashion it next year.
So far I have just about figured out what I am doing with it. Here is a progress shot. Not that it is in anything like finished condition, here. For one thing there will not be any weird gaps in the flame-y fabric overlay, and the wonky bit at the back will hopefully evolve in to more of a tail-like thing as I go. The extra bunchy stuff at the waist will be tacked and folded over to create a short layer of points that "float" with the dancer's movement. 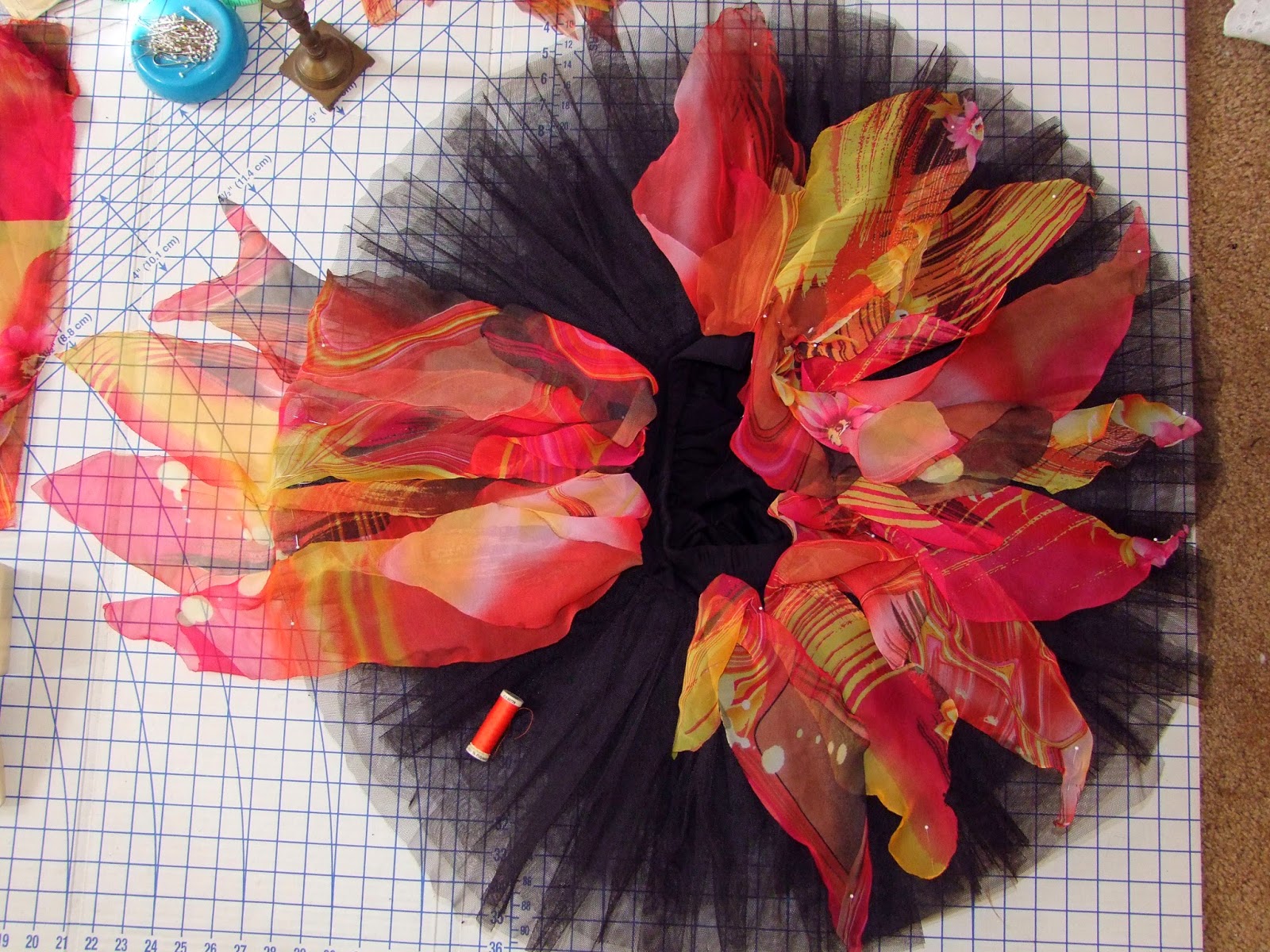 Right now my problems are: A) this is going to require a curved needle to implement and in all these damn packages of needles I seem to have there is not a single curved one to be found (they are STUPID hard to come by, I think I have owned two in the past fifteen years. There was a near-sacred one in my mom's sewing tool box when I was a kid. I used to be utterly fascinated by it, as well as the electric shears that she steadfastly refused to part with but never actually used), and B) in the perfect world I would be working on this while it was on a pants form, or dress form with legs. As I do not own one (so sad) I am going to have to put it on and attempt to sew it WHILE I am wearing it (I will have to put in on backwards to do the butt!). This is only an issue because the panty part of this sucker is stretchy, so you just pull it on over your hips rather than hooking it together down the back. I wouldn't even bother if I was certain exactly how big the girl wearing it will be, but as it is I have to allow some stretch and wiggle-room so it's gotta be done while the skirt is held taught. I think I am going to have to borrow a bar stool and sit on that while I work, because sitting on the floor is already getting pretty tiresome!
Okay. I am done rambling, now. In my own defense my two glorious hours of sleep last night are being buoyed entirely by sugar and caffeine right now. I think I will go lay down and hope for the best before I try to work on something and just screw it up royally.
Posted by I Will Fly at 2:29 PM