In all honesty I've been having a terrible time self-motivating this week. It's felt like the longest week in recent memory, and now that I think about it, it's probably almost two full weeks since I went to class. I'm claiming emotional exhaustion, PMS, and snow. Yes, it's snowing. I live in central California, which maybe hails briefly once or twice a year, but snow (especially vast accumulations of snow) is totally beyond my realm of experience. But here in the woods, oh yes, it snows. I have also been stymied in my attempt to occupy time by sewing stuffed bunnies for the babies in the family this xmas (six!) by a sewing machine that is on the fritz. I brought dance slippers with me, and even wrote myself a little list of things to work on in my spare time. Pirouettes, headlines, double frappes... but I just haven't worked myself up to it much. Not that the time isn't available, just that I feel like folding in to a ball when the opportunity presents itself.
*sigh*

Self-motivation...
So terrible. Hopefully posting this will make me feel so guilty that I will actually get on with it. 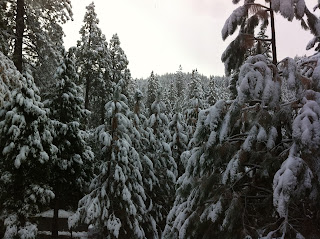