Famous People Who Were Dancers, Yo

Moira Shearer is kind of a no-brainer. She was
an actual ballerina with the Royal Ballet. But
you already knew that. 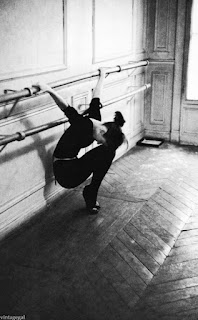 Audrey Hepburn. I mean, we all love Audrey anyway,
but isn't that a cool thing to know? I guess she was
in a movie that required dancing at one point, called
The Secret People. Blonde hair in that movie, though. Ick. 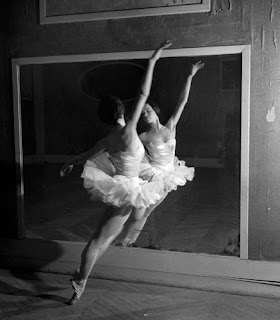 Leslie Caron. Known best for An American in Paris,
which I have to admit I have never seen and had only
heard of in a vague way. She co-stars in one of my
favorite movies of all time, though, Father Goose with Cary Grant.
You should watch it. 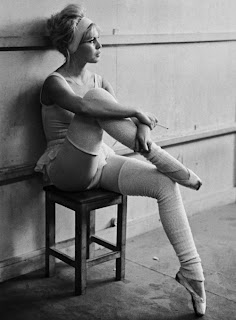 Brigitte Bardot. I love this photo. She's rockin' some
serious eye makeup and straight bustin' out a cig in the studio.
For reals, girl, that shit will not help your dancing. 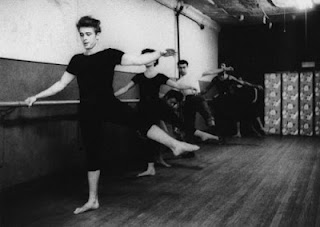 James Dean. Whuuuut? I know, right? Also, forget James for a seond
and check out the dude that is third in the row. What are you doing,
dude? I can see that the teacher has crammed herself in front of him to correct the
person ahead of him, but that is really no excuse for whatever the
heck this guy is doing. 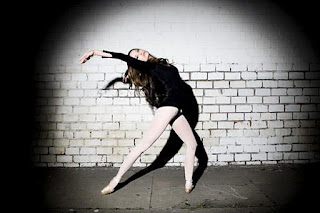 Summer Glau. Which should not surprise you at all if
you have seen Firefly. She straight kicks it with some peasants while
wearing big old boots in one episode. I assumed that was why
she got the job in the first place.